How to Effectively Disagree with the “R” Word 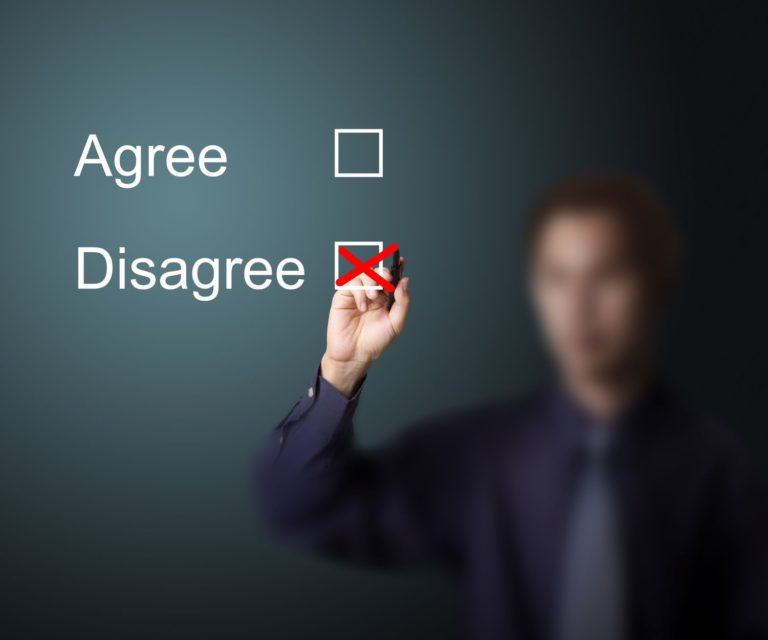 Over 25 years of analyzing more than 5,000 individual practices, I have heard many times that “the reason my numbers are down is because of the RECESSION.”  Many times!  Even in affluent economic climates!  Many practice owners whose stats are down have phoned around to other practitioners in their area to see if they too are down. Upon finding out that some of them are, the “R” word jumps into their minds as the probable explanation and it gains agreement.

But does agreement make it true?  Believe it or not, it can!  For instance, if every Canadian agreed that there is a recession and started acting like it in their dealings, it could become factual.  On the flip side, if everyone agreed that Canada is doing well, it would be so also. Agreement is very powerful.

I always suggest to doctors whose stats are down that they avoid calling other practitioners to see if they are too.  AVOID any agreement that “nothing can be done about it.”  Instead, DISAGREE!  Look inside your own practice and find out what successful actions have dropped out, what changes have crept in, what passion has been lost, what distracting factors have entered into the scene, etc.  There is ALWAYS something that can be done to get the practice soaring again.

To prove the point, during the very deep recession that Canadians fell prey to in the early 1990’s, our consulting company took on practice after practice with stats that were down, and increased their monthly income by $10,000 to $30,000 per month by canceling the R word and looking for the REAL reasons they were suffering and got those fixed.  Usually the management skills of the owner had room for improvement (whose don’t!), the scheduling needed work, the recall system was ineffective, the marketing was often incorrect, insufficient or non-existent, and sometimes it was simply that the fight-back was missing because of agreement with the R word.

Bad news bears (aka rumor-mongerers) love passing on how other practices are doing badly so there must be a recession.  The fact is that even in wonderfully affluent times, there are always practices that are struggling due to their own internal factors.  But it doesn’t mean that there IS a recession.

So if your stats are down, just DISAGREE that it is an outside influence causing it, and look internally to find the REAL reasons, figure out what can be done about them and get busy fixing them.

Win the game of life by AGREEING to flourish and prosper!

TO HELP YOUR PRACTICE SOAR AND MEET YOUR GOALS,

START BY CALLING US FOR A FREE, IN-DEPTH ANALYSIS

Creative Commons Attribution: Permission is granted to repost this article in its entirety with credit to The Art of Management Inc. and a clickable link back to this page.