How Heidi Turned Me into a New Client 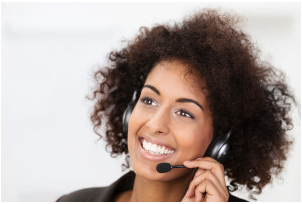 When someone contacts your office for the first time, there is a first impression that takes place instantly in the potential patient or client’s mind.  The person may not have had any previous knowledge of your practice and simply be a cold call.  It is like writing on a blank slate.  And it is up to you to leave a lasting positive impression.

Here is a short story about how someone lost my patronage and someone else gained it. Even though it is not about a healthcare practice, it is totally relevant in one!

My car suddenly had a problem last week where it lost oomph but could still be driven and I thought it was something wrong with the transmission.  And the engine light came on shortly after as a warning.  So the next morning, I decided to call my dealership and take it in for service.

I looked in my phone and found the number of what I thought was my dealership and called, and got through to the Service Desk.  The super friendly voice announced that her name was Heidi and asked very pleasantly how she could help me.  I told her about my car problem and my thoughts on it.  She then said, “We will help you and totally take care of this for you.”  I then said that I can’t be without my car for long and she said, “No problem, I totally understand and we will get to work on it right away and take care of you.”  I then asked what would happen if it took more than one day and she replied, “Don’t worry, we have loaners and we will take care of that too.”   She said to just bring the car in and they will take care of me. Wow, I felt so cared for and in safe hands.  I said that I would be there soon.

10 minutes later as I was getting dressed, I suddenly realized that I had called the wrong dealership (it was a previous one and farther away than my current one).  So I decided I better called my own dealership and take my car there instead.  I looked up the number and was put through to the service manager there.

I don’t know his name so I’ll just called him grumpy.  “What do you want,” I was greeted with right off the bat.  I told him the problem and that I thought it was the transmission.  He jumped on this and asked why I thought it was the transmission.  I told him and he replied that it probably wasn’t that at all.  He then told me to bring my car in but he wasn’t sure when it would get seen.  I asked about a loaner and he said they don’t have any available.  I asked what would happen if the car didn’t get repaired the same day and he told me I was on my own.  (In fact, it took 5 days due to parts that had to be ordered.)

Can you believe it?

I actually proceeded to take my car into the grumpy dealership.  And got argued with some more and made to feel somewhat insignificant, wrong and unimportant.

When I told my husband about all this that evening, we decided we are not going back to our current dealership but rather, we are switching to Heidi’s.

Heidi won our business by her warm, caring attitude that made me feel like a somebody and that everything would be fine.  She calmed me and I wanted to meet her and be taken care of by her dealership.  Of course, this doesn’t mean that everyone else at her dealership is as nice or caring as her, but I am going to chance it and take my car and my future business there.

That lasting first impression is so vital to a practice (or any kind of business)!

Call now to get a lasting first impression of our management consulting services by meeting for a free practice assessment:
416-466-6217 or click here

PrevPreviousNew Patients: How to find ‘em
NextHolding Yourself Back from Greatness?Next
Scroll to Top